From Glastonbury Festival, where we run our own field and venue, CROISSANT NEUF – to the Croissant Neuf Summer Party – to providing Tents for Events such as Shrewsbury Folk Festival … with over 30 years experience!.. We do Festivals!

“Croissant Neuf has its roots stuck in the mud at the Green Fields entrance. It’s been around for over 30 years and has set the tone of those fields and will continue to do so forever”
Michael Eavis, Glastonbury Festival Founder and Organiser. Glastonbury Festival.

“Now that Glastonbury Festival has become the size of a pop-up city, Croissant Neuf is known as the pop-up Village Green of the Festival.
Here we are keeping alive the vision, principles and spirit of our festival heritage, having been an integral cog of the festival wheel for 3 decades”.
Read more 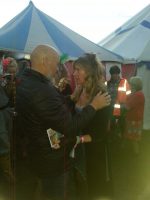 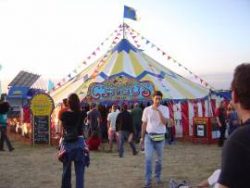 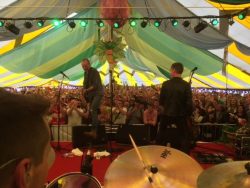 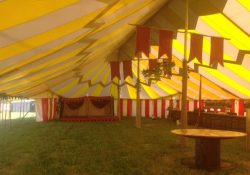 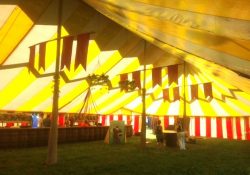 “Selene Events have provided us with our main stage tent since Once Upon a Time in the West Festival began 4 years ago. Sally and her team have always worked to plan, have very clear communication and are flexible where needed. The tents are iconic on the circuit and have a lovely feel inside. We would have no hesitation in recommending Selene Events Ltd”
Flounder Murray founder of OUTWEST Festival 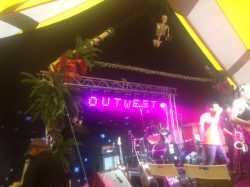 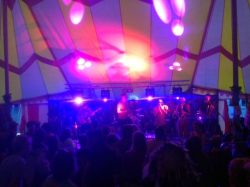 “I have known Sally and members of her company since 2007 when I was introduced to her at a local Dorset Arts Reach event. I had been looking for a circus tent with entertainment for some years for our show. In 2008 she brought her attraction to our fair, she was everything an event organiser could dream for, eye catching, colourful big top, with totally self- sufficient infrastructure, to run all the entertainment going on in her tent during the show… delivering acts that informed the public, particularly children, in an amusing and imaginative way on how to be kind to our world.

Sally has brought her Solar Powered Circus to our show every year since and has been invited to join us again in 2017. She and her crew are a totally professional company, they arrive on site, perform, break down and leave, without any trouble, one would hardly know they had been, except for the wonderful memory of the performances they leave behind. 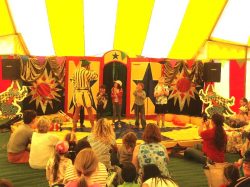 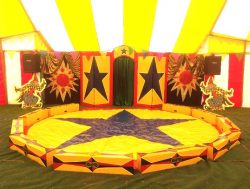 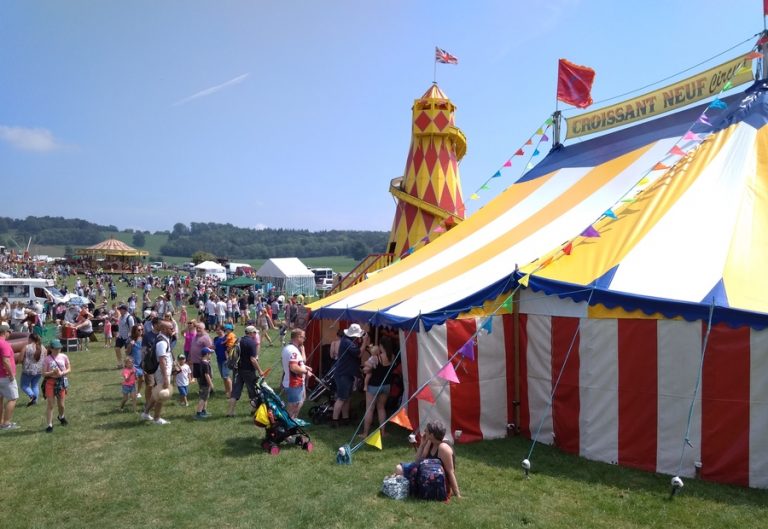 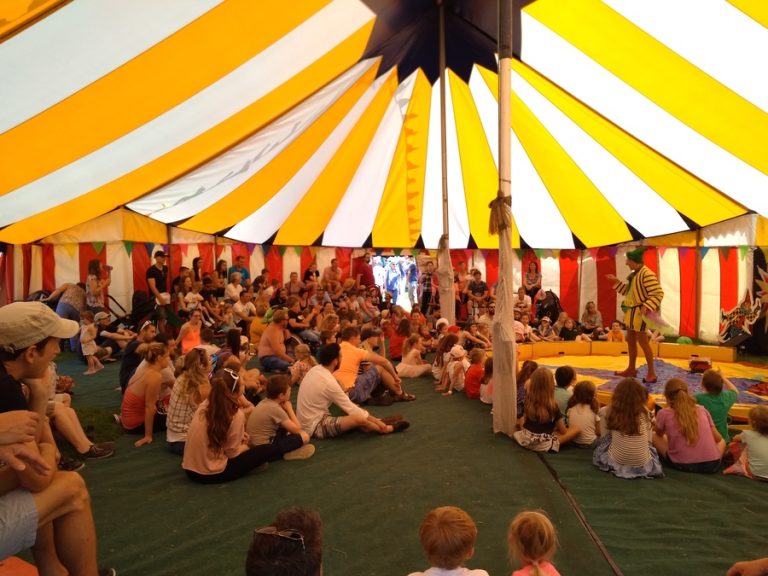 “We loved using Sally’s fantastic tent for our bar at Tewkesbury Medieval festival so much that we booked it to use as our main bar at Shrewsbury Folk Festival. The Marquee oozes character and with Sally and the team’s attention to detail it’s second to none for creating atmosphere and ambience”.
Nigel Smith, Moongazer Bars & The Fleece Inn, Evesham